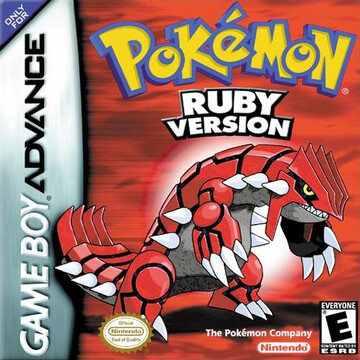 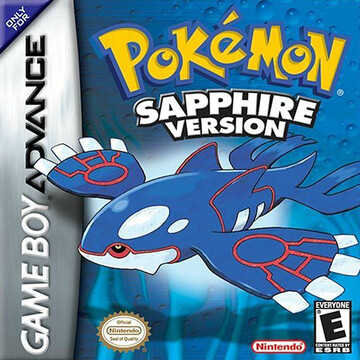 Ruby & Sapphire follows the usual pattern of training and catching Pokémon, battling through eight gyms and then the Elite Four and Champion. The game starts in Littleroot Town in the Hoenn region. You have just moved to town due to your father becoming a gym leader. After meeting Professor Birch out in the wild you choose a starter Pokémon - Treecko, Torchic or Mudkip.

The biggest change in Ruby/Sapphire was a less apparent one - a complete redevelopment of how Pokémon data is stored in-game. As such, Pokémon cannot be traded to generation 3 from any previous game.

Directly tied to the new data format was an overhauled Effort Value (EV) and Individual Value (IV) system. IVs now have a wider range, giving more individuality to Pokémon in the wild.

EVs became more restricted and targeted. In previous games battling with your Pokémon simply increased EVs across all stats, up to a maximum. From Ruby/Sapphire onwards, each Pokémon battled yields small EV increases in specific stats. However, there is a maximum for each stat plus an overall maximum (roughly equivalent to two maxed-out stats). See the Effort Values page for more details.

One of the biggest visible changes in Ruby/Sapphire was the introduction of Abilities. These are special traits which have a variety of effects in battle, or in some cases out in the field. Each Pokémon can only have one ability, though most species have two options that are randomly chosen upon encounter. See the Abilities page for more details.

Pokémon also gained Natures in generation 3, making each Pokémon even more unique and giving each one a personality. Natures will increase one of the Pokémon's stats and decrease another stat, adding yet another layer to battle strategy. There are 25 natures in total, one of which is randomly assigned upon encounter. See the Natures page for more details.

A new concept of double battles was introduced, expanding battle strategies further. All moves now have a target which could include both opposing Pokémon or all Pokémon in battle, although most moves still target one Pokémon.