The long-awaited fifth generation of Pokémon games begin with Pokémon Black and Pokémon White. There are 156 brand new Pokémon, including 13 new legendaries, taking the total to 649! 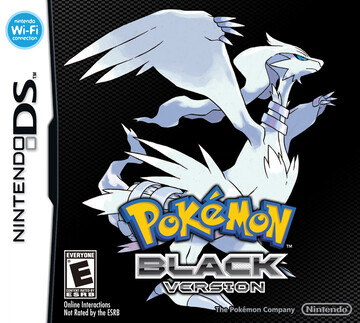 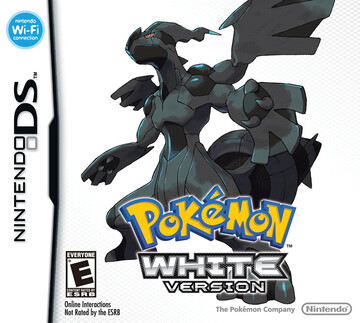 The battle scenes have been improved to look more 3D. Pokémon are now animated in battle.

Your mentor, who gives you your first Pokémon and helps you along your way, is a woman this time. Her name is Professor Araragi. The three starters follow the tried-and-tested pattern of Grass, Fire, Water types. They are Snivy, Tepig and Oshawott as shown to the right.

As usual the graphics get an update, especially the 3D aspect. The images/video released so far show a full 3D engine at work as the backgrounds move, although the characters and Pokémon still appear to be 2D sprites.

The battle scenes include some interesting changes — the Pokémon continually move during battle, instead of staying static. The camera will also move and zoom in/out during attacks. The background of the battle screen is differs depending on whether you are in fields, the city, etc.

As a change to the norm, the local Pokédex in Black & White consists only of Pokémon from this generation, not a mix of different generations. None of the Pokémon are evolutions or prevolutions of older Pokémon. As usual, you later unlock the National Dex to catch the rest of the Pokémon.

The game takes place in a new region called Unova (previously known as Isshu in the Japanese version), which appears to be quite industrious and includes several large towns with skyscrapers. It is based on New York City, with Castelia City in the south being modeled after Manhattan.

There are also two regions that are exclusive to each game: Black City and White Forest, in the version of the same name. There will be 8 gym leaders/badges just like previous games.

Pokémon Black & White will allow Pokémon battles with 3 Pokémon on one team. Some new rules & tactics come into play - each of the three Pokémon target different Pokémon: The middle one can target all Pokémon, but the one on each side can only target the Pokémon opposite and middle. It is also possible to rotate your team to switch which Pokémon are where.

The Miracle Shooter is a new option that will allow you to use items in multiplayer battles. However, you won't be able to use any item you own; instead you earn items as the battle progresses via a points system.

TMs will not disappear after one use, they can be used again like HMs.

A new time mechanic based on Seasons is added.

The games will have a new version of contests, called Pokémon Musical, in which you dress up Pokémon and play music.

There is an item similar to the Pokétch from Diamond/Pearl/Platinum, called the C Gear. It can be set up to be on constant lookout for nearby players over infrared or Wi-Fi.

The PokéShifter is Black & White's equivalent of the Pal Park, which allows you to migrate Pokémon from Diamond/Pearl/Platinum or HeartGold/SoulSilver. Instead of simply running around to find your Pokémon, in the PokéShifter there is a mini-game where you fire PokéBalls at your Pokémon with a bow & arrow.

Here are some of the in-game screenshots released so far. They show various locations and the improved graphics.