The Pokémon series started life in Japan as Pocket Monsters: Red and Pocket Monsters: Green. After it became popular the games were released to an international audience as Pokémon Red and Pokémon Blue where they quickly achieved massive success and have spawned nearly 20 follow up games and countless spin-offs. 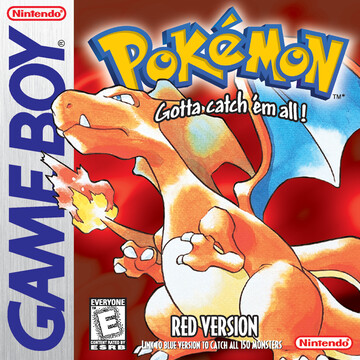 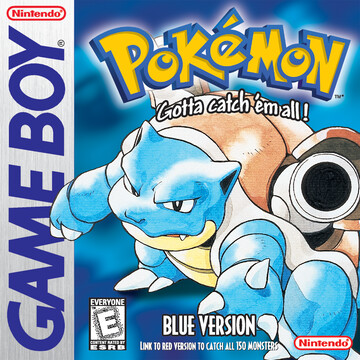 Pokémon Red & Pokémon Blue, for Nintendo Game Boy, are the first Pokémon games released to a western audience. Pocket Monsters: Red and Pocket Monsters: Green were released in Japan on 27th February 1996, followed by Pocket Monsters: Blue on 10th October the same year. The latter game had much improved graphics and sound and so was used as the base for the international version in 1998, while taking in the story from Red & Green.

The game starts in your home of Pallet Town in Kanto. Professor Oak welcomes you to the world of Pokémon and lets you choose one of three Pokémon to begin your journey into the wide world.

During the game, you battle your Pokémon to make them stronger, evolve and develop a bond with them. You aim to catch all varieties of Pokémon - 151 species in total - and make your way through eight gyms against tough trainers, and finally the Elite Four, the toughest trainers of all. And along the way you manage to foil the evil Team Rocket who try to steal other people's Pokémon.

As they are the first games in the series, there are many features we take for granted now that didn't exist back then. There are no abilities, natures, genders, breeding or shiny Pokémon. There are a total of 165 moves, but many are weak and many types like Bug, Ghost and Dragon don't have powerful moves. Because of this, Psychic Pokémon were considered very over-powered.

There is only one Special stat which is used to calculate both damage dealt and received by special attacks. Furthermore, moves were categorized as physical or special by type only - see the Attackdex for more info.