Pokémon moves into uncharted territory with Nintendo discontinuing its handheld consoles in favor of the hybrid console, Nintendo Switch. Pokémon Let's Go, Pikachu! and Pokémon Let's Go, Eevee! are remakes of Pokémon Yellow and include some features from mobile game Pokémon GO. 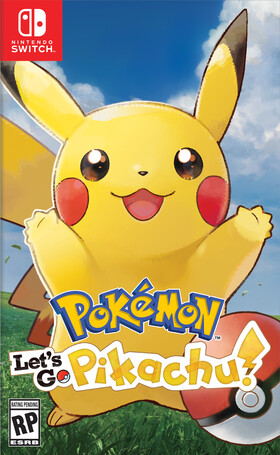 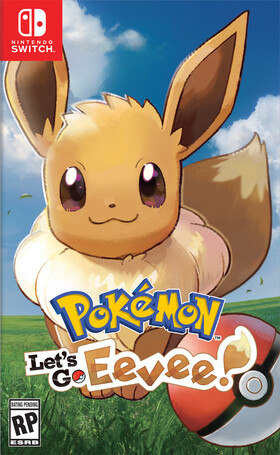 All the new attacks added in Let's Go.

As the names may suggest, the adventure begins with either Pikachu or Eevee as the starter Pokémon. Pikachu sits on the player's shoulder while Eevee sits on their head. In addition, another Pokémon may also follow the trainer. Some can even be ridden!

Gameplay appears to roughly follow the same plot as Pokémon Yellow, however, much of the game has been simplified. For example, abilities and held items do not appear in these games. Random encounters no longer occur while running around in grass; instead, Pokémon appear in the overworld and can be interacted with. Pokémon come in different sizes, indicated by an aura around them. A blue aura means the Pokémon is smaller than normal while a red aura means it is bigger than normal.

Wild battles have also been removed. When a Pokémon is encountered, it can be caught by throwing Poké Balls using the Nintendo Switch Joycon controller, just like in Pokémon GO. Players can also team up with a friend using a Joycon controller each to increase the chances. All Pokémon in the your team gain EXP after catching wild Pokémon.

The games have connectivity with the smartphone game Pokémon GO, so Kanto Pokémon can be sent from GO to Let's Go. Mega Evolution and Alola Forms are also available in the games.

There are two brand new Pokémon in the game - a mythical Pokémon called Meltan and its evolution Melmetal, that are obtained by connecting the games to Pokémon GO. After sending a Pokémon from GO to Let's Go, a Mystery Box is received in GO, causing Meltan to spawn nearby. These Meltan can be caught in Pokémon GO and sent back to Let's Go. If enough are caught, Meltan can be evolved (in GO) using 400 Meltan Candies. Melmetal can then of course be sent to Pokémon Let's Go Pikachu/Eevee.

There is a new peripheral, the Poké Ball Plus (sold separately) which can be used to catch Pokémon in the games, and allows trainers to take a Pokémon from Let's Go out on the road with them. It comes with Mew inside it, and is the only way to obtain Mew.

After defeating the Elite Four, there are many trainers across Kanto known as Master Trainers. They specialise in one Pokémon and must be defeated using the same Pokémon. Doing so earns special titles for each one, e.g. Squirtle Master Trainer.

The Kanto region map (click to enlarge). Can you spot every Gen 1 Pokémon?