Pokémon marks its 20th Anniversary with a new, seventh generation of games, Pokémon Sun and Pokémon Moon. It's a brand new adventure in the Alola region, with new Pokémon to catch and more to discover. 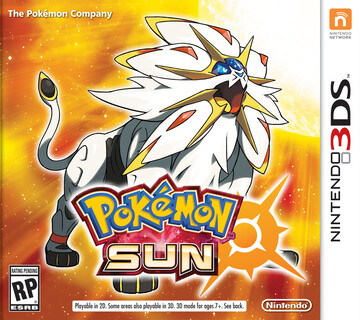 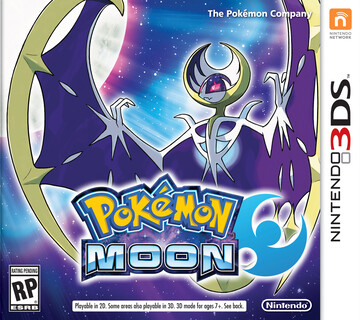 Here are just a few of the new Pokémon introduced. See the full list in the Pokedex.

Many Pokémon from previous games have new forms in Alola. For the most part, this is a case of Pokémon adapting to the different climate in the Alola region. So far only Pokémon from Generation 1 have been shown with Alolan Forms.

A new battle mechanic is available with Z-Moves. During the games, Z-Crystals can be obtained, then if a Pokémon holds the crystal and knows a move of that type, it can use a Z-Move which are very powerful attacks. Z-Moves can only be used once per battle, however.

There is one Z-Crystal per type, but several Pokémon have exclusive Z-Moves - for example Raichu can use Stoked Sparksurfer.

Pokémon Sun & Moon add a new battle format called Battle Royal. In this format, four players battle against each other simultaneously. Each player has three Pokémon and sends out one at a time. Each Pokémon on the field can attack any of the other three. The battle is over as soon as one player's Pokémon have all fainted - then the winner is decided by how many Pokémon each team KO'd and how many are left on each team.

Pokémon X & Y introduced Super Training, a mini-game where Pokémon could train to increase their EVs more quickly. Sun & Moon expand on this with Hyper Training which allows level 100 Pokémon to increase their Individual Values (IVs), the hidden stats that are usually unique to every Pokémon.

Ultra Beasts are mysterious, powerful creatures that could pose a threat to humans and Pokémon in Sun & Moon. Research is being conducted on them so they all have code names such as UB-01.

This new feature allows taking photos of Pokémon found throughout Alola. The better the pictures taken, the more features for the camera are unlocked. Sometimes rare Pokémon seen with Poké Finder can be captured.

A new feature for your PC boxes comes in the form of Poké Pelago. Pokémon that have been places in the PC can visit a variety of isles to explore and play. Developing the facilities on the islands will allow you to obtain items and collect more Pokémon.

This is the new center for communication features, which bears some similarities to the Join Avenue from Pokémon Black/White 2. You can show people around the Plaza, buy items for your Pokémon, dye your own clothes, complete missions, as well as battle and trade!

Improving on Pokémon Amie from X & Y, Pokémon Refresh allows you to care for your Pokémon. Pokémon can be brushed clean, fed Poké Beans, and even be cured of status ailments like poisoning or paralysis.


At the same real-life time, Pokémon Sun (left) will be day and Pokémon Moon (right) will be night, and vice-versa.

A new location in Pokémon Sun/Moon