After the massive success of Pokémon Red/Blue/Yellow came new games Pokémon Gold and Pokémon Silver. They were released for Game Boy Color but were backwards-compatible with the original Game Boy. 100 new Pokémon were available along with several new features like breeding and Pokémon friendship. 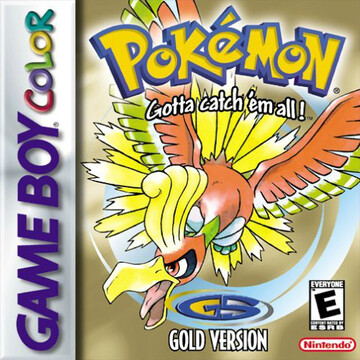 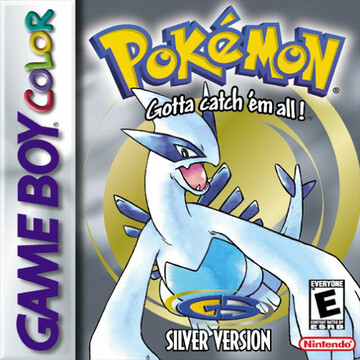 Gold & Silver take place in the region of Johto, which it turns out is to the west of Kanto. Starting in New Bark Town, you receive a new Pokémon - Chikorita, Cyndaquil or Totodile - and begin your journey. There are 8 gyms to conquer in Johto (whose types are all different from those in Kanto) followed by the Elite Four.

On your journey you encounter a reformed Team Rocket, who are cutting off the tails of Slowpoke. Later you can encounter a shiny Gyarados at the Lake of Rage.

After the game is complete, it's possible to roam around Kanto and tackle the 8 original gyms. Finally, located between Johto and Kanto is Mt. Silver, containing some rare Pokémon and Pokémon Trainer Red who has some incredibly high level Pokémon.

Two new types are introduced: Dark & Steel. In generation 1 the Psychic type had ended up being very overpowered - its only weakness was the Bug type but there were no powerful Bug type moves, nor many good Bug type Pokémon.

The Steel type resists Psychic type moves (as well as many other types), while the Dark type is completely immune to Psychic, and super-effective against it. There was also a new powerful Bug move, Megahorn, and several good Dark moves like Crunch and Faint Attack. A few other type matchups were changed - see the type chart page for details.

The Special stat of Pokémon was split into two separate stats - Special Attack and Special Defense. Each Pokémon took either their SpAtk or SpDef from the original Special stat, with the other stat being given a new value.

Gold/Silver also introduced the concepts of genders, breeding and egg groups. Most Pokémon encountered can now be male or female. Some Pokémon are male-only or female-only, while some (particularly legendary Pokémon) are genderless.

Breeding Pokémon creates a new baby Pokémon at level 5. Two Pokémon can breed if they are opposite genders and in the same egg group. Genderless Pokémon can only breed with Ditto. Legendary Pokémon cannot breed at all. See the Breeding guide for more.

A new time system was added which added variations depending on when the game was played. Certain Pokémon like Hoothoot only appeared at night time. Eevee gained two new evolutions depending on the time of day.

Other features like the bug-catching contest or PokéGear radio vary by day of the week.

Pokémon Yellow added a rudimentary friendship (aka happiness) feature for Pikachu. In Gold/Silver this was extended to all Pokémon. Most Pokémon start at a basic level of friendship, which increases the more the Pokémon in with you and succeeds in battle.

Very little during the game is affected by friendship, apart from some Pokémon evolutions (see below).

The first generation had three evolution methods - by level (most common), by elemental stone or by trading. The Pokémon in Gold/Silver have some new methods:

As they are the first Pokémon games on Game Boy Color, Gold/Silver takes advantage of the new capabilities by introducing shiny Pokémon. Occurring incredibly rarely in the wild (a 1 in 8192 chance), a shiny Pokémon will have different colors to the regular Pokémon - sometimes slightly different, sometimes massively different.