The fifth generation of Pokémon games continues with two sequels, aptly titled Pokémon Black 2 and Pokémon White 2. There are no new Pokémon but the Unova local Pokédex is expanded to include earlier generations, with a total of 300 Pokémon. 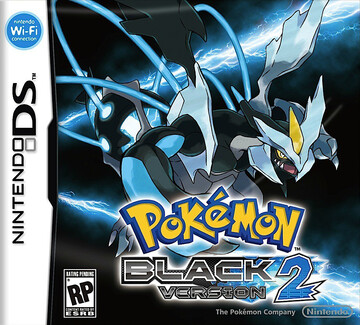 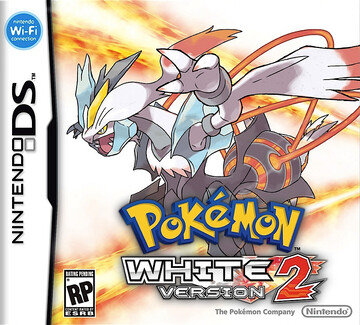 Pokémon Black 2 & Pokémon White 2 are sequels to the first pair of Generation 5 games, and are set 2 years after the events of Pokémon Black & White. This is different to the usual procedure of releasing a single remake.

They are for the Nintendo DS console. This is likely so that games can use the same maps and graphics, and to appeal to a wider audience. Of course, they work on Nintendo's newer 3DS console as well. There are some special features that will only work on the DSi and 3DS.

You start in Aspertia City which is the largest hometown to date. The city is in the southwest of the Unova region, separated from the rest of Unova that was in Black/White 1. A large amount of the region has been updated in the 2 years since the previous game.

As usual, Team Plasma are causing trouble in the region and you thwart their efforts as you progress through the usual 8 gyms and Elite 4. The previous Unova Champion, Alder, appears early on in the game and reveals there is a new Champion who you discover later on.

Pokémon Black/White 2 introduces a couple of new features. There is a medals system, which is essentially the same as the achievements feature in many other games nowadays. You receive medals for completing various tasks such as capturing 20 or 50 Pokémon. See the Medals list for more details.

In many routes you will also find certain trees between which there is a small gap you can enter. Inside there is a small clearing called a Hidden Hollow, where Pokémon with their hidden abilities can be found! Items may also be found here.

Legendary Pokémon Kyurem receives two new forms called Black Kyurem and White Kyurem, as seen in the image below. The forms come about from a melding of Kyurem with each of Zekrom and Reshiram, and are based on Electricity and Fire, although both keep Kyurem's type of Dragon/Ice.

Keldeo was also officially revealed recently and appears in a new Pokémon movie with Kyurem and its new forms. It will be available through an event and it has a new form called Resolution form.

The forms of Meloetta and Genesect were already known and have been made available via events since the game's release.