An all-new sixth generation of Pokémon games begins with Pokémon X and Pokémon Y. As usual with a new generation there are new Pokémon to catch and locations to explore. For the first time, Pokémon X & Y will be released simultaneously wordwide. 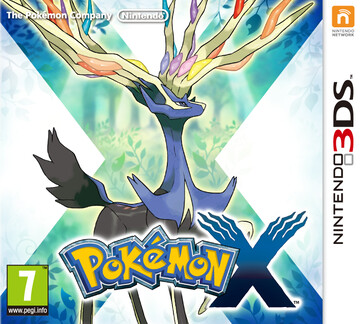 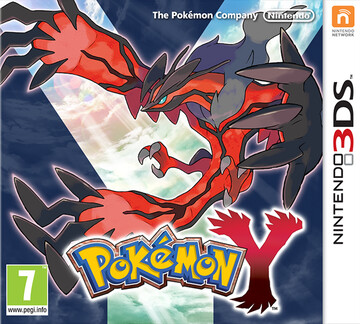 Here are just a few of the new Pokémon introduced. See the full list in the Pokedex.

Kalos overlaid on France, showing how they match up!

Pokémon X & Pokémon Y are exclusive to the 3DS platform and take advantage of the console's better graphics and processing power.

All Pokémon have been modelled in 3D (see right) and the game appears to use a form of cel-shading to keep the crisp cartoony look.

Diagonal movement has been added to make use of the circle pad, but it's still 8 straight directions instead of omnidirection free roaming. However, Rollerskates - which allow much faster movement around the towns and routes - have sweeping/arcing animations that give the impression of going off the grid.

14 years after the types Dark and Steel were introduced comes a new type - Fairy! It was revealed at E3 in June 2013. The intention is to try and balance out the types a little more and as such, Fairy is super-effective against (and immune to) the notably powerful Dragon type.

There will be several new Fairy type Pokémon and moves, with new Eeveelution Sylveon (see below) being a notable example. Furthermore, some Pokémon from previous generations will be reclassified as Fairy: currently only Jigglypuff, Gardevoir and Marill have been confirmed.

Pokémon X & Pokémon Y are set in a new region called Kalos (see map to the left). It is based on the northern half of France. The large city is Lumiose City and is based on Paris (in fact, it matches up exactly to Paris' location in France!).

It includes a large tower not unlike the famous Eiffel Tower. The tower has a gym logo outside, implying it is Lumiose City's gym.

People around the world will be able to simultaneously experience Real Play. The game uses an innovative communication system that makes it feel as if you are playing with other players around the world.

A feature called Pokémon-Amie lets you bond with your Pokémon by petting and feeding them. It has been stated previously that Pokémon friendship would have a bigger role in X&Y - game director Junichi Masuda listed this as one of the features of X&Y:

A new battle mechanism that allows your Pokémon to become even more powerful when the bonds you share grow stronger.

An online service and 3DS application released alongside Pokémon X & Y, that lets you store up to 3,000 Pokémon in private boxes online. More details on Pokémon Bank »

As with every new generation of games, new Pokémon are introduced, although this generation has the lowest number of any previous generation at 69, or 97 counting Mega Evolutions.

So far, 28 Mega Evolutions have been confirmed.

A Water-type move being used

A battle scene inside a cave, showing a horde of Axew appearing